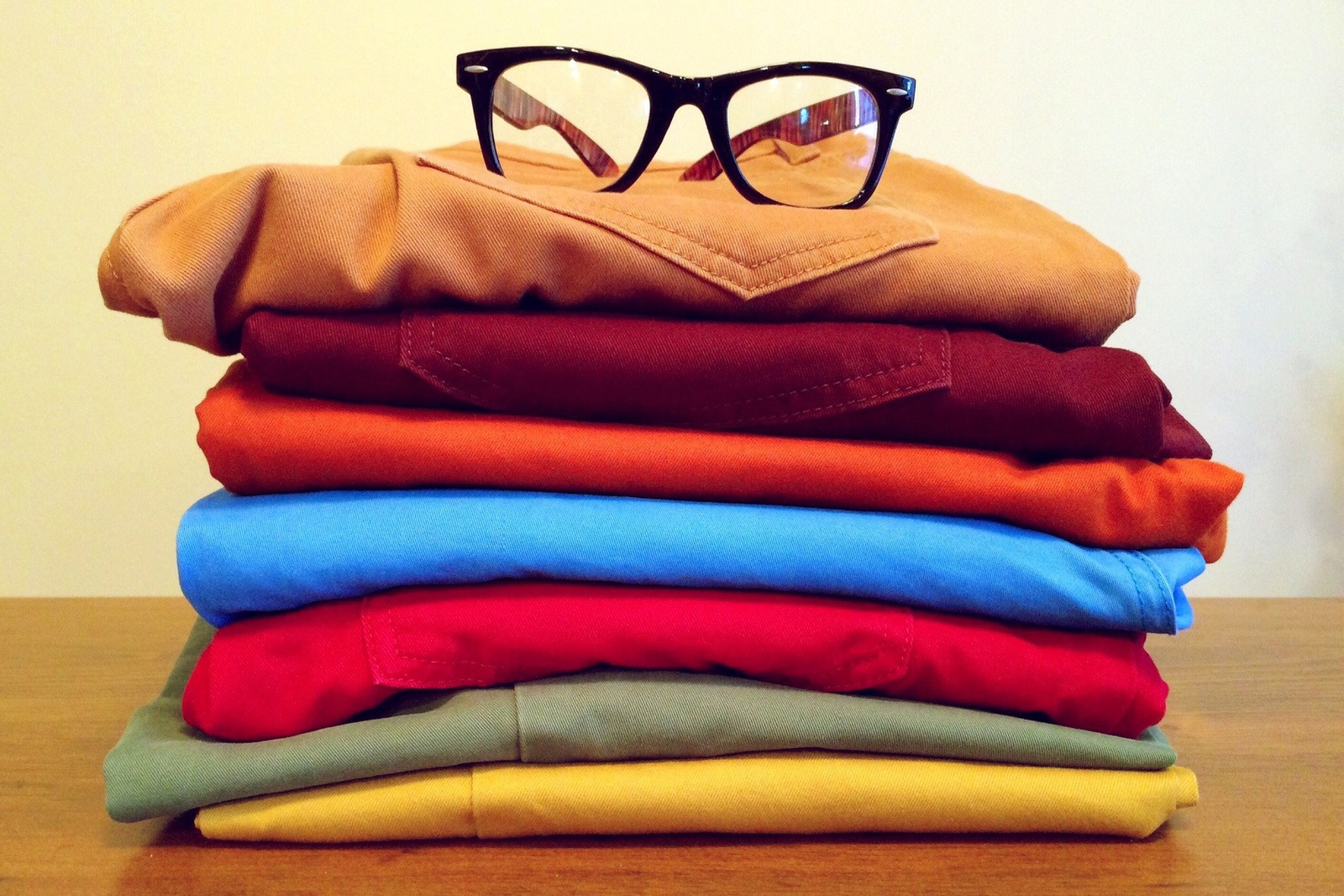 We all love to shop online, especially when it comes to clothes. These days, many of the best clothes store are based online – whether that’s low-cost retailers like ASOS and Zalando or luxury retailers like Net-A-Porter and Farfetch – and we want to be able to shop at them, regardless of which country we live in.

Thankfully, more and more clothes shops are offering international delivery. Even better, many of them are joining the list of sites that ship internationally for free.

The following is a highlight of some of the best clothing stores that ship worldwide.

UK-based clothing website ASOS is one of the world’s most global e-commerce websites. ASOS not only delivers to most countries worldwide – everywhere from Australia to Zimbabwe – but, in many instances, ASOS offers free returns as well.

You can find pretty much anything at ASOS, whether that’s something for going out in, officewear, sportswear, maternity clothing, or just something comfortable for lounging around the house in. All sizes are catered for, whether that’s big and tall, plus size, petite, curvy — you name it.

Nordstrom is a US clothing chain with more than 300 stores across the US, Canada, and Puerto Rico. Founded in 1901, the company began life as a shoe retailer but has since expanded its lines to include almost every type of clothing possible, including shirts, suits, dresses, and accessories. It stocks clothing from an extensive range of international brands, including luxury designers like Emporio Armani, Givenchy, LOEWE, and Versace.

International shipping is available thanks to Nordstrom’s partnership with Borderfree, which allows Nordstrom to deliver to most countries worldwide.

Zalando is a German online fashion retailer that’s rapidly becoming popular throughout Europe: Amazon is now available in several European countries including the UK, France, Spain, Italy, and the Netherlands. Zalando doesn’t ship to countries outside Europe like the United States and Australia (yet), so in the meantime you’ll have to use a package forwarding company.

Zalando sells more than 100,000 different clothing items for men and women that includes everything from jeans and trousers to shoes, accessories, and sportswear. More than 1,500 brands are represented at Zalando, from sporty brands like Nike and Adidas to designers like Michael Kors and French Connection.

Net-A-Porter is a high-end retailer that specialises in designer clothes, shoes, bags, and accessories from luxury brands like Christian Louboutin, Matthew Williamson, Alexander McQueen, and Marc Jacobs. It is one of the most popular shops on the web for buying luxury clothing, appealing to high-end buyers from all over the world.

Net-A-Porter offers express delivery to more than 170 countries worldwide. Same day delivery is available to Manhattan, Hong Kong, and London, while shoppers in the US, UK, Germany, France, Australia, and Singapore can expect their orders next day.

Macy’s is one of the largest chains of department stores in the US, Hawaii, Puerto Rico, and Guam. Its flagship store in Manhattan, New York, is famous the world over and has been a feature in many American TV shows and movies.

Macy’s specialises in men’s and women’s clothing, clothing for children, handbags and accessories, and jewellery like watches, earrings, and engagement rings. For those who love high-end designer brands, it’s paradise: Macy’s stocks items from thousands of designer brands including BURBERRY, CHANEL, Calvin Klein, and DOLCE & GABBANA.

And, Macy’s now ships internationally to most countries and foreign territories including Australia, Belize, Brazil, Canada, Russia, and the United Kingdom.

John Lewis is a British department store with shops throughout England, Scotland, and Wales. Like Macy’s and other department stores, John Lewis sells a wide variety of products that includes designer clothing, home furnishings, and home appliances.

John Lewis is famous for its excellent customer service, which typically includes a two-year guarantee on products. This guarantee means that many Brits go out of their way to shop at John Lewis, particularly when buying electronics like computers, tablets, and televisions.

Although John Lewis doesn’t deliver everywhere in the world, it does offer international delivery to many places including Ireland, Australia, New Zealand, the United States, South Africa, France, and the Netherlands.

Debenhams is a UK department store with shops in the UK, Ireland, and Denmark. It primary sells clothing, particularly on its international websites, but also gifts and toys, kitchen and cooking equipment, and bedding.

Like many shops listed here, Debenhams delivers throughout Europe and to North America but also to countries a little further afield like Thailand, Vietnam, and South Korea.

Topshop is a British fashion chain with more than 500 stores worldwide, both in the UK and across more than 30 countries including the US, Canada, Ireland, Kuwait, Malaysia, and Qatar.

It specialises in women’s fashion, particularly young women’s fashion, with styles based on collaborations with supermodels like Cara Delevingne, Karlie Kloss, and Gigi. Clothes are affordable, making it popular with teenagers, students, and young adults.

Topshop delivers throughout the world, including to Canada, France, Germany, and the United States.

Topman is the male equivalent of Topshop, and specialises in clothing for young men. It is a part of the Arcadia group, like Topshop, which also owns Burton, Miss Selfridge, Wallis, Evans and Dorothy Perkins.

It offers every type of clothing a man could need, from casuals like jeans and hoodies to suits and formalwear.

Topman has a store in almost every UK city, as well as countries worldwide including Australia, Chile, New Zealand, Ukraine, the Philippines, and Indonesia. Its international shipping program allows Topman to reach customers in all those countries and further afield as well.

UNIQLO is a Japanese casual clothing label with stores London, New York, Berlin, Paris, and Singapore. The company is known for its high-quality and durable, yet low-cost clothing, particularly its range of raw denim (selvedge) jeans.

UNIQLO offer online shopping in most of Europe – including France, Spain, Germany, and Austria – as well as the US and Singapore.

For many, The Gap is the go-to shopping destination for jeans. It offers almost every style of jeans imaginable and for every size, whether that’s tall, petite, maternity, or thin. As well as jeans and pants, The Gap also stocks t-shirts, hoodies, sweatshirts, loungewear and pyjamas, and shoes for men, women, children, toddlers, and babies.

Through its partnership with Borderfree, The Gap ships to countries all over the world including Australia, Brazil, South Korea, Taiwan, Qatar, and the United Arab Emirates.

Shoes.com is an online shoestore, owned by Walmart, that ships internationally from its headquarters in Boston, Massachusetts in the United States. Shoes.com offers every type and style of shoe you could need: sneakers, sandals, walking shoes, shoes for the office, and high heels are all stocked at shoes.com. They also carry a number of other clothing products included dresses, skirts, socks, and accessories.

Buy from shoes.com, and they’ll ship almost anywhere in the world free of charge. There is no minimum order to qualify for free shipping either, even if you live on the other side of the world.

The Small Print
**This site may earn a commission if you make a purchase through the links or adverts on this site. This is at no additional cost to you.
Worldwideshoppingguide.com is a participant in the Amazon Services LLC Associates Program, an affiliate advertising program designed to provide a means for website owners to earn advertising fees by advertising and linking to Amazon (.es, .co.uk, .de etc) and any other website that may be affiliated with Amazon Service LLC.