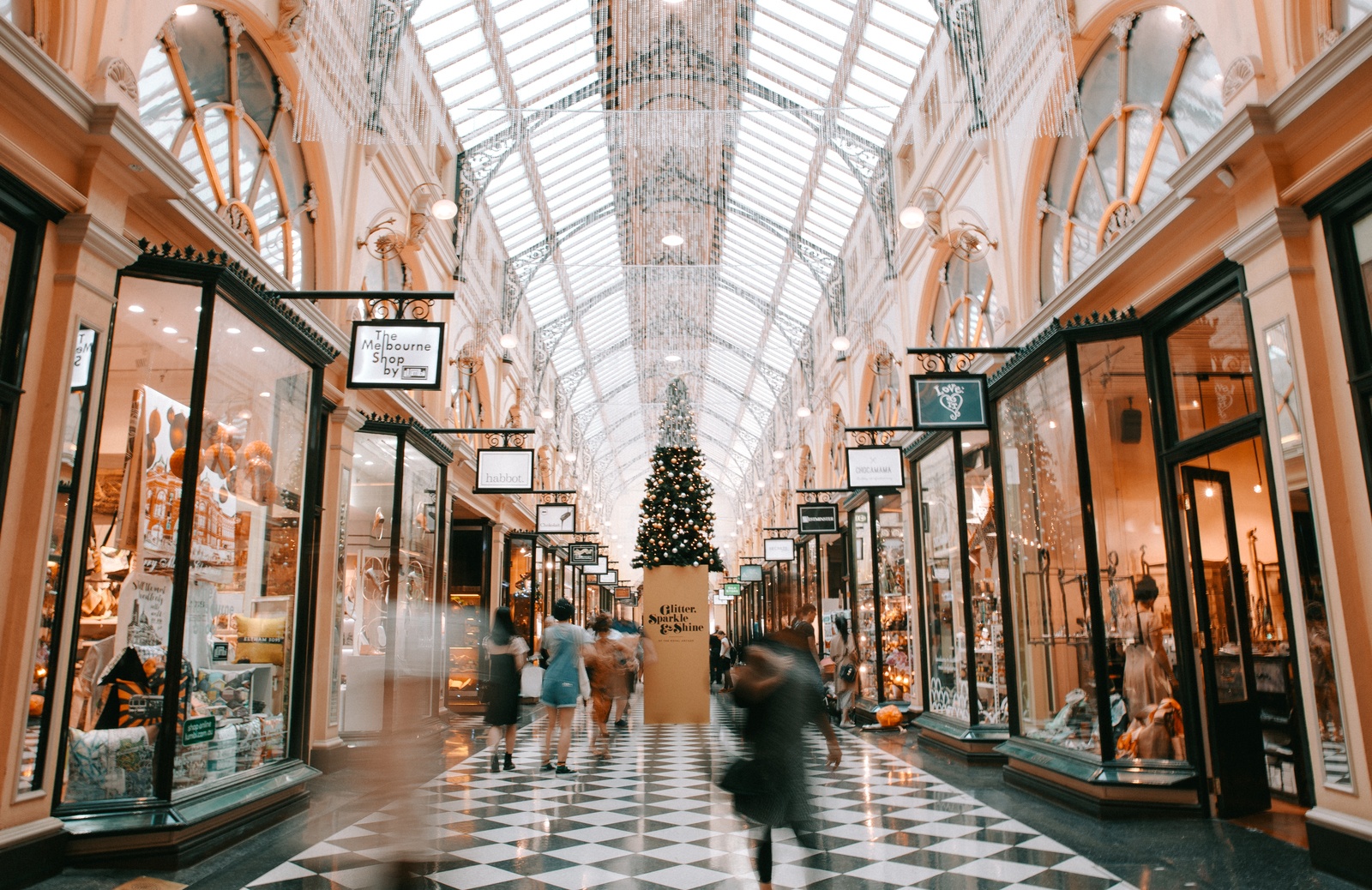 It wasn’t that long ago that you had to live in the US to shop at Macy’s or in London to shop at Harrods but, these days, thanks to online shopping, many department stores deliver to customers worldwide.

The following are just a few of the world’s most popular department stores that ship internationally.

Of all the department stores in the world, Macy’s is probably the most well-known worldwide. Its flagship store on Herald Square in Manhattan, in particular, has been featured in countless TV shows and movies like Ocean’s Eleven, King Kong, and Miracle on 34th Street.

Macy’s stocks designer clothes from popular labels like Calvin Klein, DKNY, Ralph Lauren, and Tommy Hilfiger. And now, thanks to a partnership with Borderfree, Macy’s ships to hundreds of countries worldwide including Australia, Mexico, New Zealand, Russia, and the United Kingdom.

Like Macy’s, Bloomingdale’s is another department store that has been made famous through popular culture, perhaps most famously through the TV show Friends. Macy’s is also a part of the same company that owns Macy’s, Macy’s Inc. Like Macy’s it stocks designer clothing, perfumes, jewelry, and makeup from brands like Burberry, Gucci, John Hardy, MARC JACOBS, and Michael Kors, along with home furnishings and decor, luggage, and bedding.

Bloomingdale’s ships to more than 100 countries worldwide through Borderfree, including Australia, Canada, China, Malaysia, Singapore, and the United Arab Emirates.

John Lewis is one of the most popular UK department stores. It has more than 50 stores located across the UK, and sells everything from designer clothing to electronics and home appliances.

Although John Lewis doesn’t deliver everywhere in the world, its does deliver to many countries including Australia, Canada, Ireland, and the United States as well as other popular expat locations like France, Spain, Cyprus, and Malta.

House of Fraser is another popular UK department store that’s known for its selection of designer clothing labels, homewares, bedding, and furnishing, luggage, and children’s toys.

House of Fraser has stores in the UK and Ireland and, thanks to its international delivery program, is happy to ship most items to countries across the world including Australia, New Zealand, Qatar, Saudi Arabia, and the United States.

Debenhams is a feature on most British high streets, with stores across more than 20 countries including the UK, Ireland, Bahrain, Indonesia, Jordan, Turkey, and the United Arab Emirates. It stocks men’s, women’s, and children’s clothing from international designers as well as their own inhouse labels like Maine New England, Red Herring, and Tigerlilly.

Debenhams delivers to customers all over the world, particularly in Australia, France, Spain, New Zealand, and the United States.

If you’ve ever been to London, there’s a good chance you’ve been to Harrods. The iconic London store has become a popular feature on the London tourist trail, and attracts visitors from all over the world.

Like all over the other department stores, Harrods is known for its designer clothing, handbags, shoes, and beauty products, as well as homewares, souvenirs, and luxury food and wine products.

Harrods offers international delivery to many countries around the world, particularly in Europe, North America, and the Middle East.

El Corte Inglés is a Spanish department store, with stores in most major Spanish cities including Madrid, Barcelona, Seville, and Valencia as well as Lisbon and Porto in Portugal.

El Corte Inglés delivers to customers across all corners of the world including customers in Europe, Asia, Africa, and the Americas.

The Small Print
**This site may earn a commission if you make a purchase through the links or adverts on this site. This is at no additional cost to you.
Worldwideshoppingguide.com is a participant in the Amazon Services LLC Associates Program, an affiliate advertising program designed to provide a means for website owners to earn advertising fees by advertising and linking to Amazon (.es, .co.uk, .de etc) and any other website that may be affiliated with Amazon Service LLC.